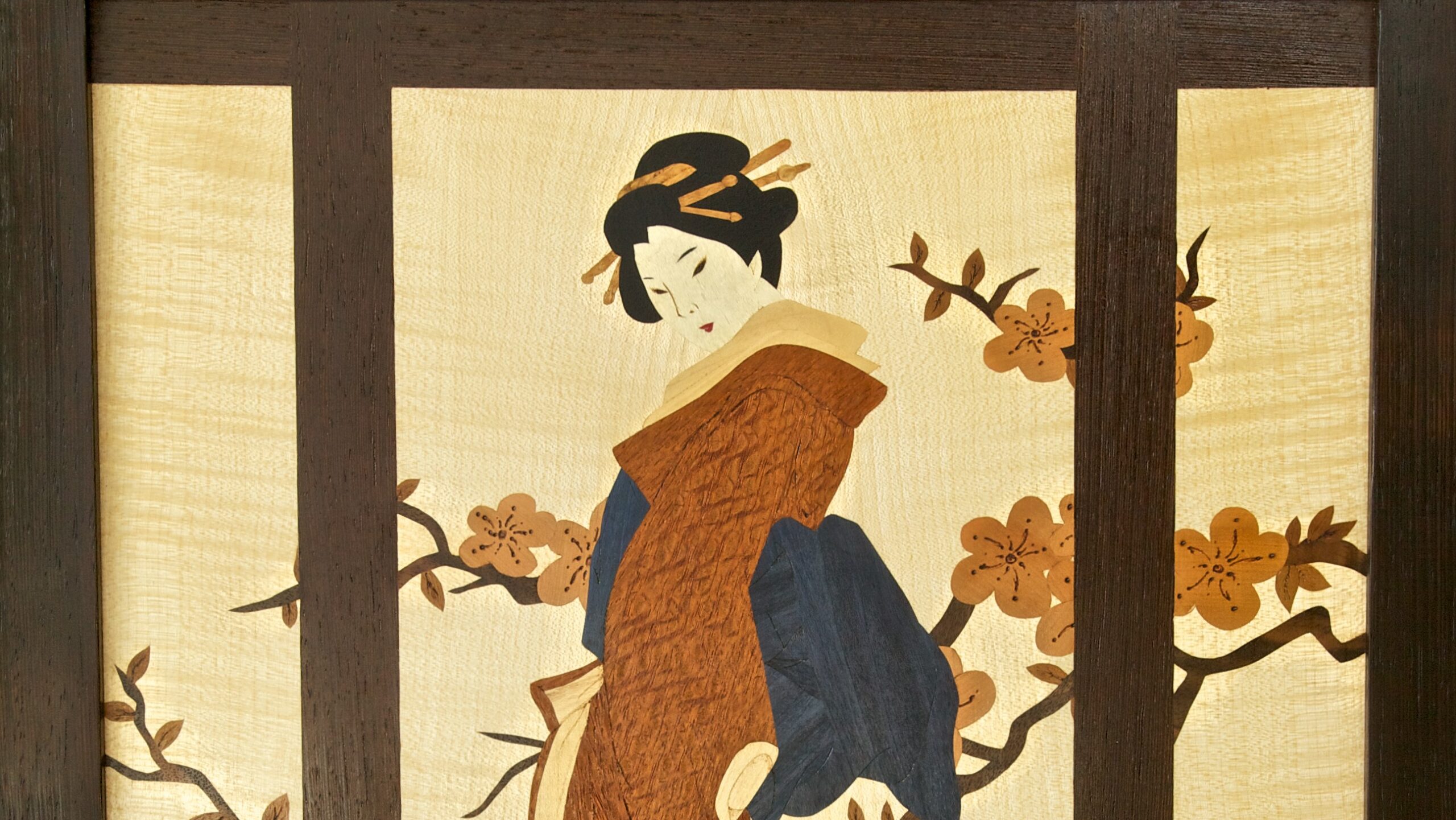 Learn about Natasha's approach to this rare art form
and shop her current collection. CollectionsMarquetry

Marquetry is an ancient form of art made using thin slices of wood called veneer.  Small pieces of veneer are cut from larger sheets and assembled to form an image.  A related technique, known as parquetry, is used to make geometric patterns that may be found on tabletops and game boards.

Natasha discovered marquetry while in college studying furniture design.  She fell in love with the art form and how expressive it can be.  She has used marquetry for artwork as small as a watch face and as large as a 14’ mural.